For the weekly #askYES feature over 5 weeks, the current touring members of YES choose tracks they find inspiring and hope will be an inspiration for people learning their chosen instruments.

Here are Geoff Downes’ Keyboard Inspirations, with notes from Geoff below.

You can also listen to this playlist on Spotify or watch and listen on YouTube.

Superstition – Stevie Wonder
What an amazing all-round musician he has been over the years! The main feature of this song for me, is the 2 Clavinet counterparts bouncing off each other left and right in the stereo mix. This gives the track a terrific feel and drive, and makes it impossible to simulate as a single part. I challenge anyone to play this like Mr. Wonder does…

A Whiter Shade Of Pale – Procol Harum
How could one possibly leave out this masterpiece in my all-time top ten of keyboard recordings and influences? The signature Hammond organ part is probably the greatest example of a featured keyboard part on any pop song ever recorded. It sets a magic mood – a true epic of a song. Made me want to become a keyboard player!

Lullaby Of Birdland – George Shearing
The tight acoustic piano clusters used by George Shearing are particularly extraordinary and are clearly reminiscent of influences from the French impressionists such as Debussy and Ravel (who are also amongst my favourite composers). His technique of doubling melody lines in block chords (using the 5th note) was something I actually used quite extensively on some of The Buggles’ recordings.

Lay All Your Love On Me – ABBA
Benny Anderson’s keyboard contributions and textures to their recordings were always a major part of the attraction to me, and were ultimately crucial to their enormous success I believe. The synth counter line that comes in over the end section and fade of this song is sublime – a Baroque-style weaving arpeggiated stroke of genius. Makes you wish it had gone on for longer!

Nine Feet Underground – Caravan
David Sinclair was an enormous inspiration to me in my early years as a rock keyboardist. Listen out for the lengthy Hammond solo on this track, which is wonderfully melodic, and just keeps on flowing and flowing. It features great uses of in-line effects too, fuzz and wah-wah making it a totally original style of playing.

Symfonische Fantasie – Flor Peeters
I studied this composer/organist’s compositions when I was learning the church organ as a boy. Whilst this is his most famous work, I was also drawn to some of his more obscure brilliant and harmonic organ works. Much of his chord voicing became a major influence on me – very Northern European.

It’s My Life – Talk Talk
The production on this track is amazing, but the magic of this great song to me lies in those keyboard overdubs. The outrageous elephant noises, crazy samples and big fat analogue brass sounds and pads that dominate the mix make it a great example of 80’s synth techniques.

Child In Time – Deep Purple
Jon Lord was a superb contributor to the overall sound of the band, no doubt about that. He is highlighted on this track particularly well with his clunky percussive organ parts and imaginative runs and timings. Few have managed to get the sound out of a Hammond like the late, great man could. He inspired me a lot.

Castles In The Sky – Ian Van Dahl
Whilst many may observe a lot of the Ibiza ‘trance’ stuff sounds the same, this one particularly stands out for me. Really clever and radical use of synthesizers (retro-analogue style) create the fabulous mood on this track, and they are the perfect backdrop for the purest of pure lead vocals to rest on.

Riders On The Storm – The Doors
This was the first track I ever really heard electric piano featured so prominently. I was drawn immediately to the outstanding and inspirational high weaving runs from Ray Manzarek, which fit the mood of the song perfectly. I never drew the conclusion until quite recently that he was actually trying to portray the sound of rain falling on this track. 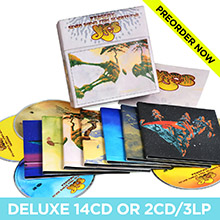 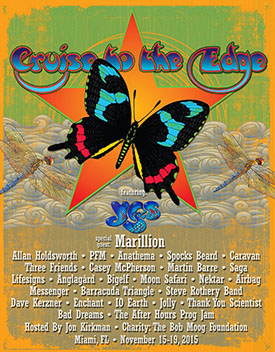